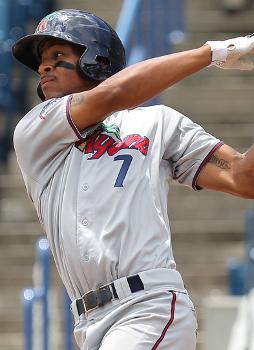 MLB expert Jonathan Mayo ranked the top 100 prospects at the end of the 2013 season. Twins OF Byron Buxton topped the list ahead of Cardinals’ Oscar Taveras, Twin mate IF Miguel Sano and Mariners’ hurler Taijuan Walker. The 1st overall pick of the 2013 draft, Mark Appel, is #24. You can also find team-by-team top 20 prospect lists. Last season top prospect, according to MLB.com, was Jurickson Profar of the Texas Rangers.